As a child, I used the verb "to spoach" all the time but over the years since then I've been unable to find anyone else who used it or any reference to it on the Interweb. I began to think it was just one of those words that families invented for themselves.
But no! Today I found a reference to it online and sure enough it turns out to be a word we shared with our Scottish neighbours and means what it always meant to me: "To pry, rummage or poke about (in)". As in "What are ye spoachin in that drawer for?"
It's a pity such a useful word seems to have been lost from our vocabulary.

It's been a good day for finding online references that back up my childhood memories. When I was a child schools would be closed on election day so that they could serve as polling stations. Those days were what we called Baster Day and we'd get our parents to make us what we called basters - rolled and folded newspapers tied with a length of string.
Then we'd go round in a gang and whenever we came across some other kids we'd demand to know how they were voting (ignoring the fact that anyone of that age had no vote). If they answered "Conservative" (or "Tory" or "Rent & Ratepayer", all the same thing), we'd give them a good whacking with our basters.
All good clean fun. Presumably there were some Conservative Basters around but I never suffered at their hands.
Anyway, this is one of those traditions that I can find no support for. No one I know remembers doing it and there's nothing on line about it. However, I did at least find a reference today for the word itself:
"baste (v)(tr)
1. To beat vigorously; thrash: basted the attacker with a club.
2. To scold; berate.
[Probably of Scandinavian origin; akin to Old Norse beysta; ....]"
Posted by harry bell at 15:46 4 comments:

There's a wonderful Tile Museum in Lisbon - the Museu Nacional do Azulejo. In addition to a splendid range of Portuguese ceramic tiles through history (and the modern ones are really something), there's a changing exhibition of ceramics in the broader sense.

When we were there the show was called Art Submerged 2014 and the artist, Sylvain Bongard had made a collection of fish of various species, molluscs, crustaceans and marine plants: 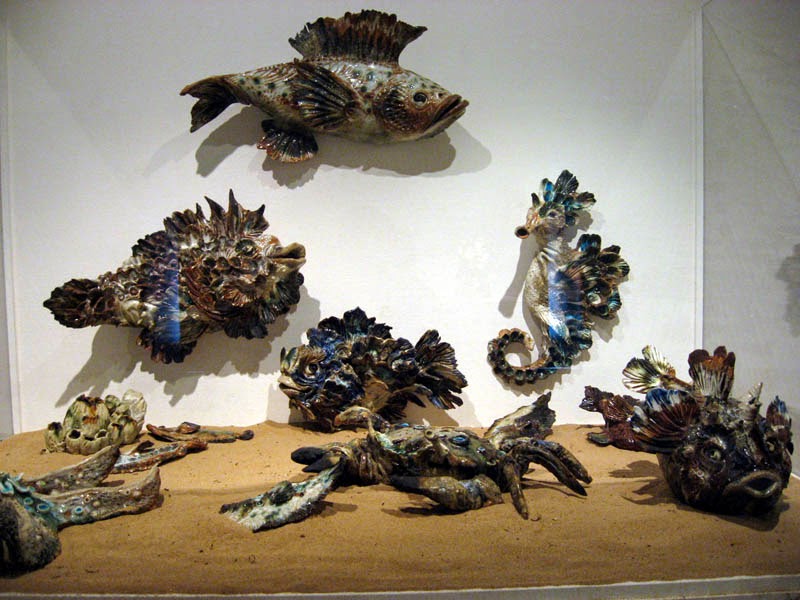 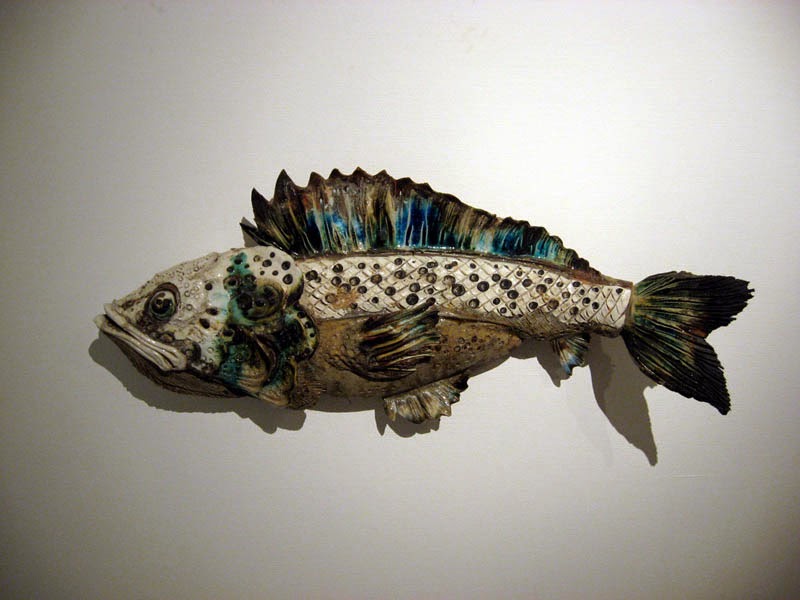 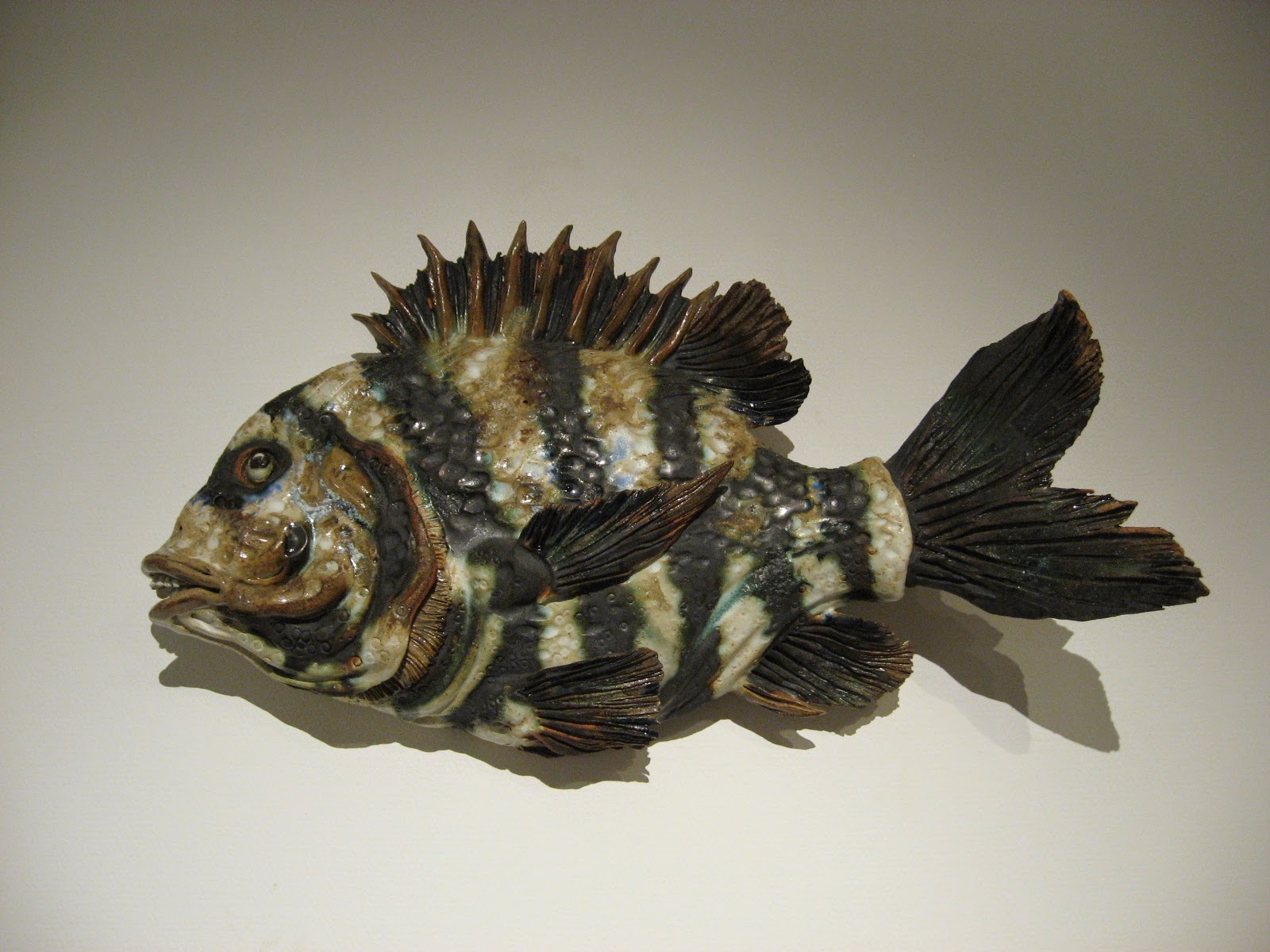 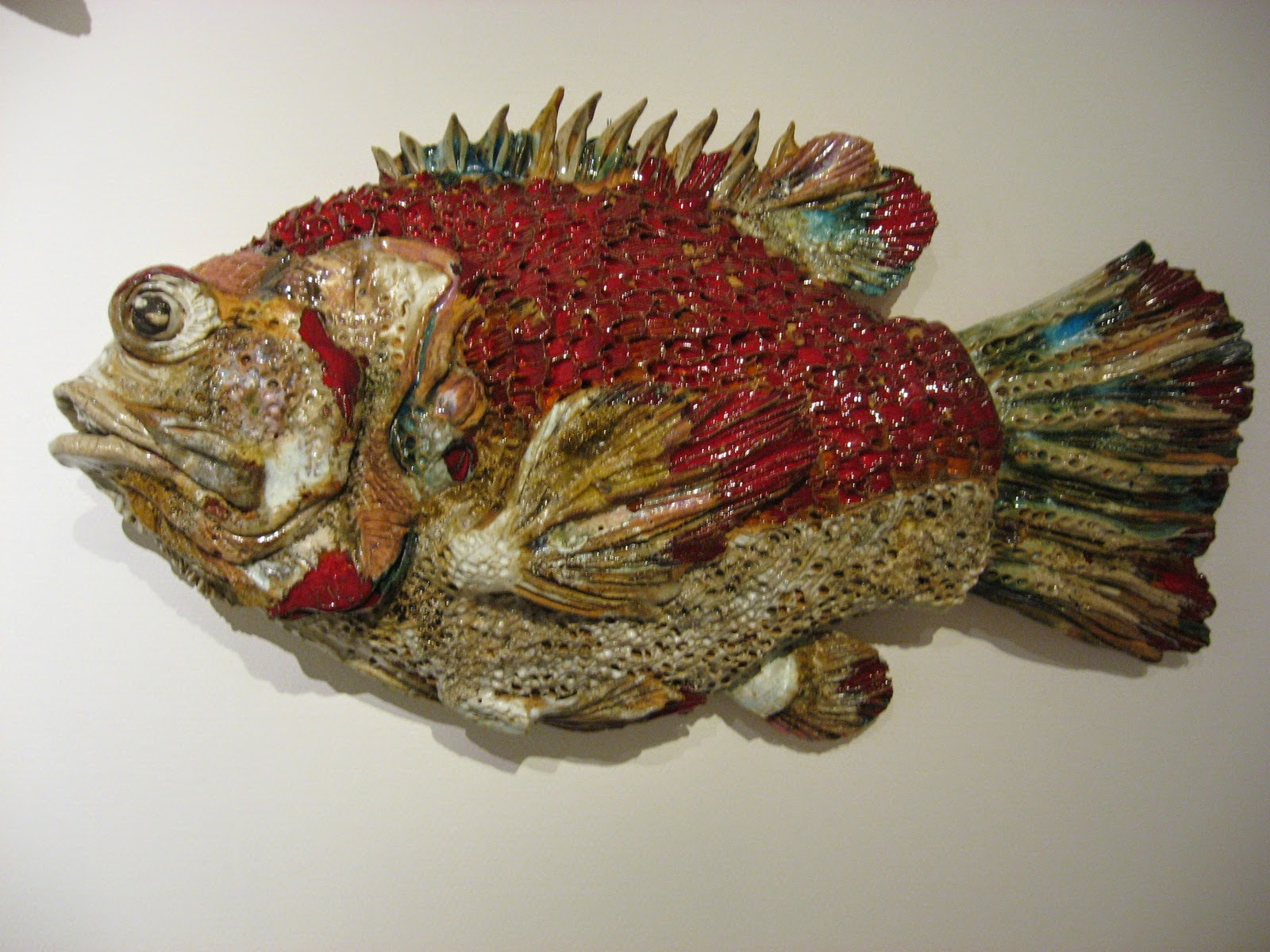 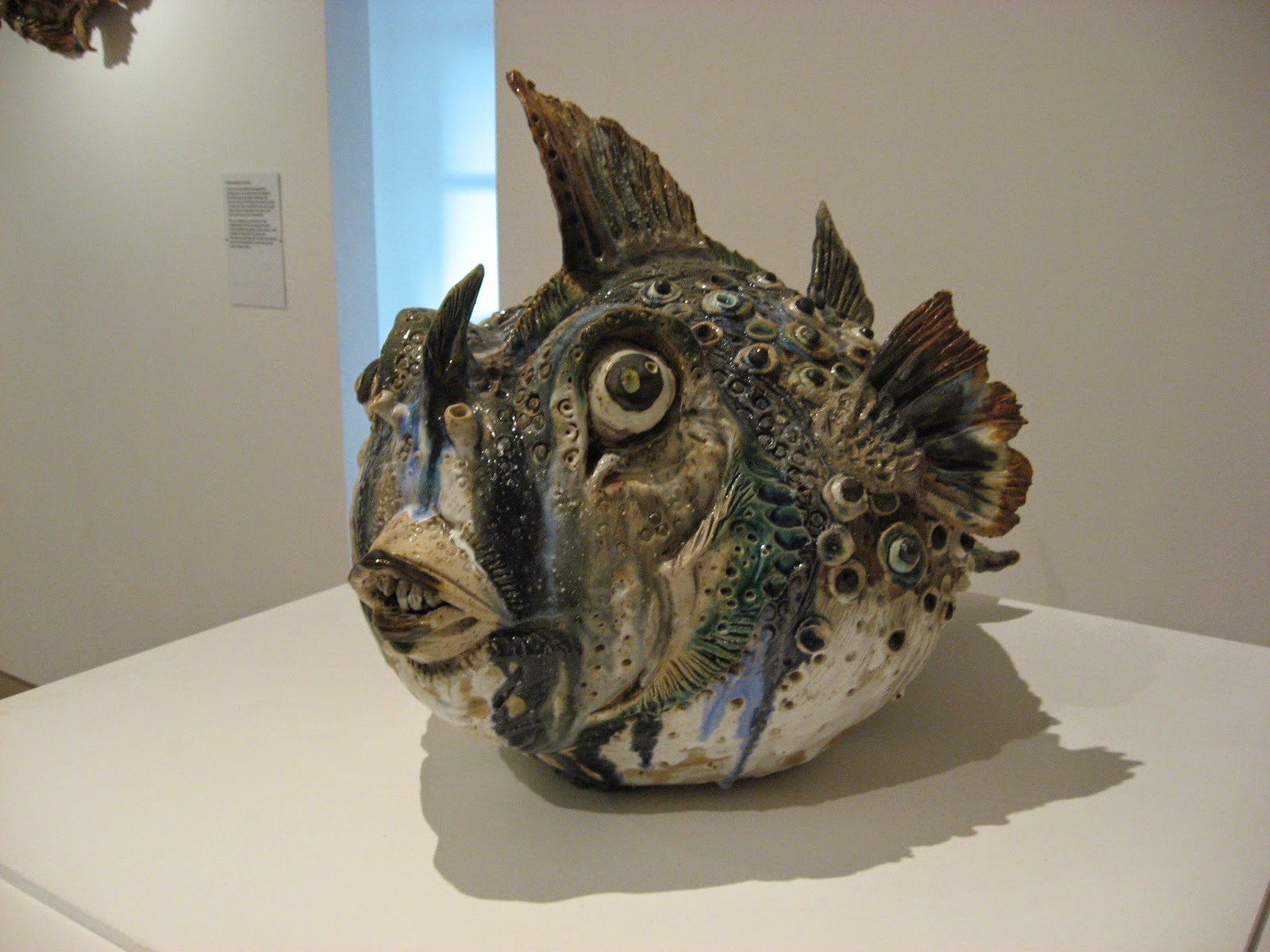 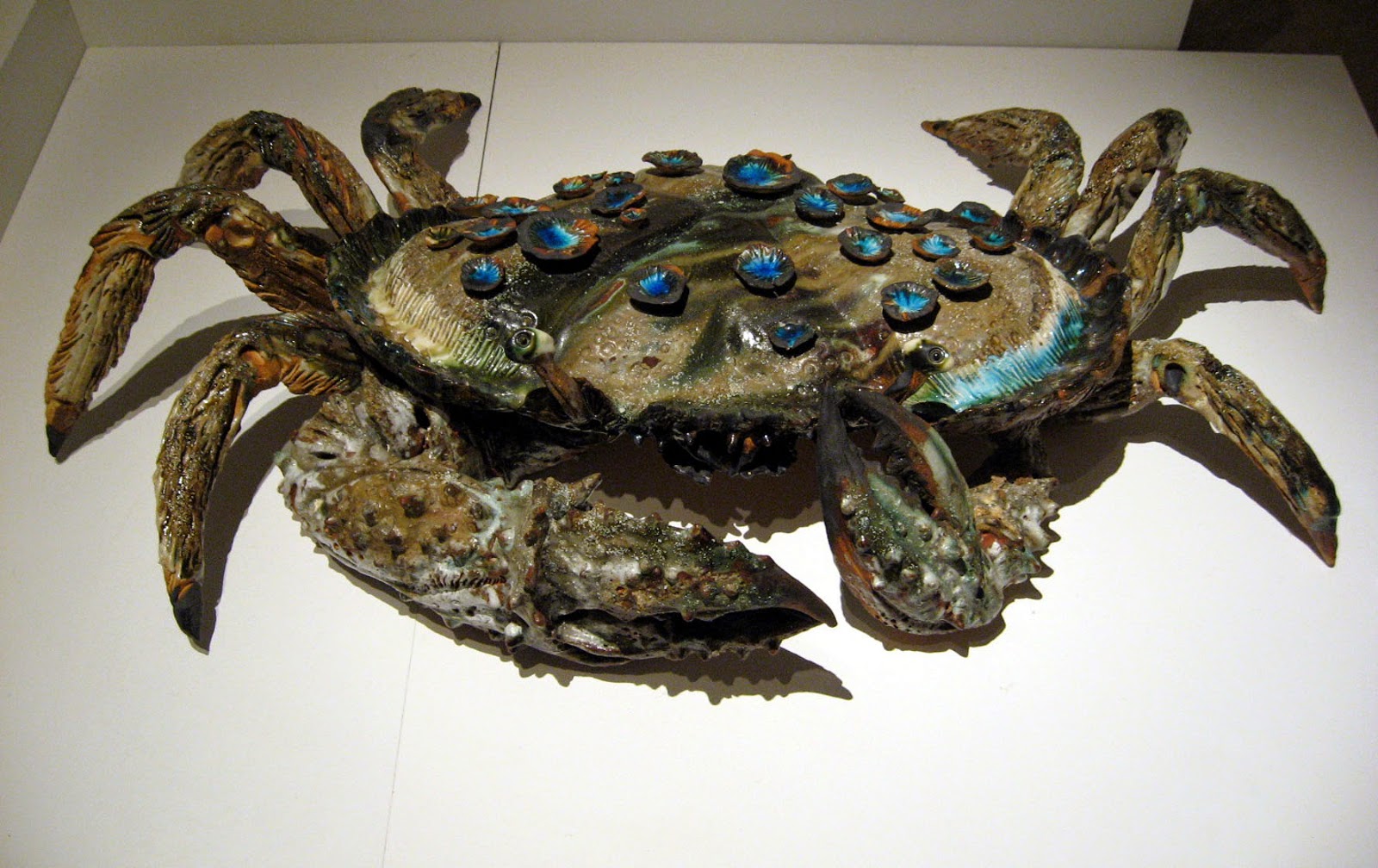 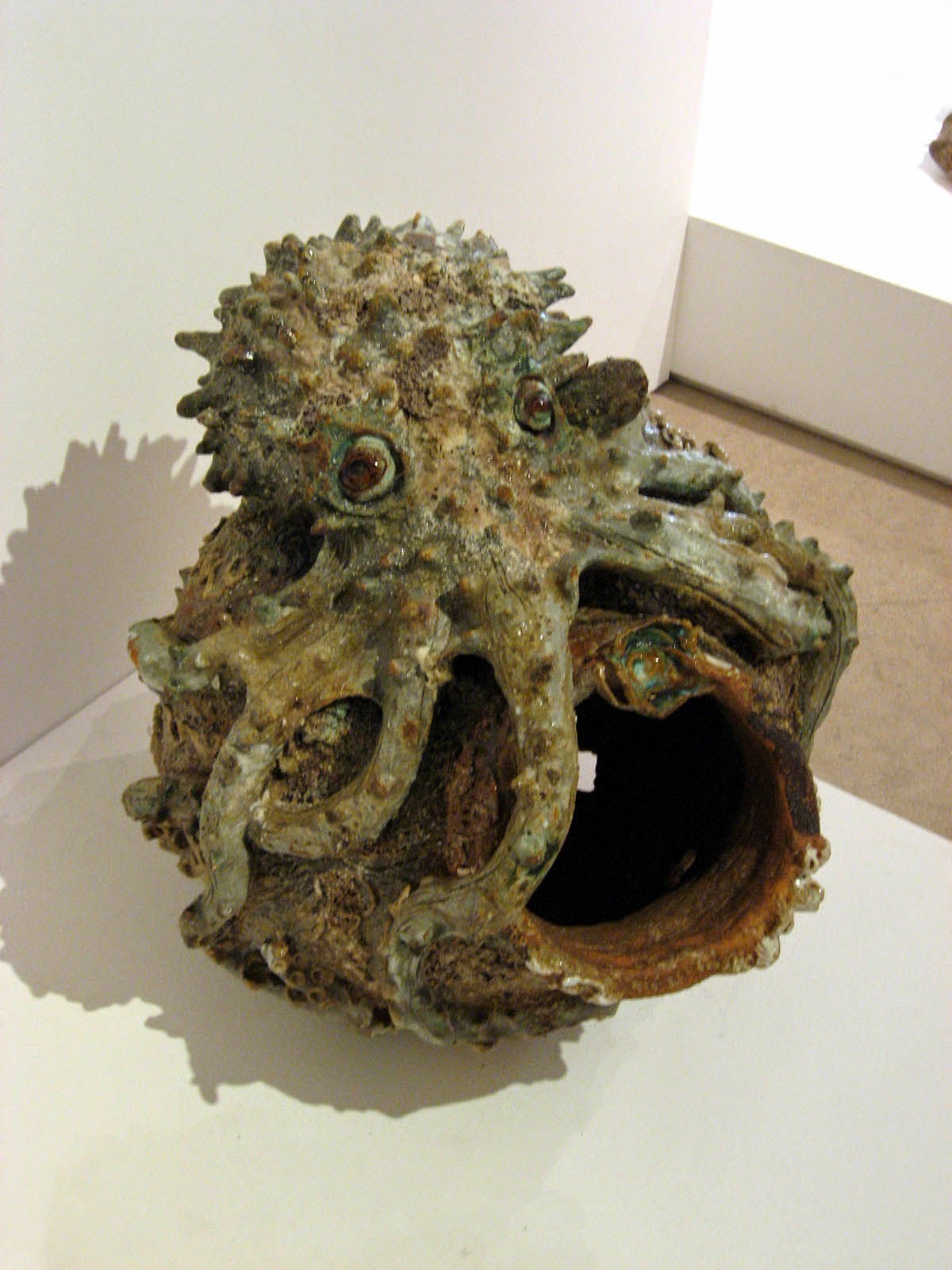 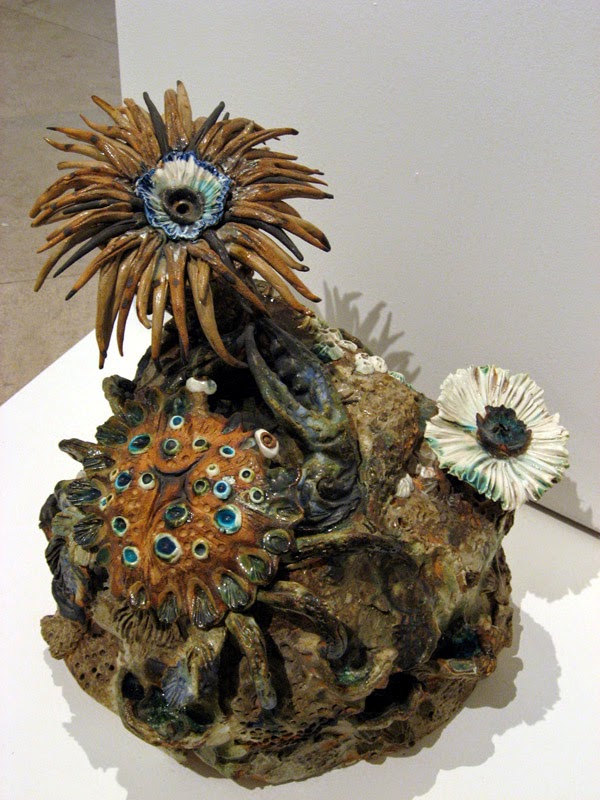 as well as old boots, keys and other stuff you might find on the sea bed: 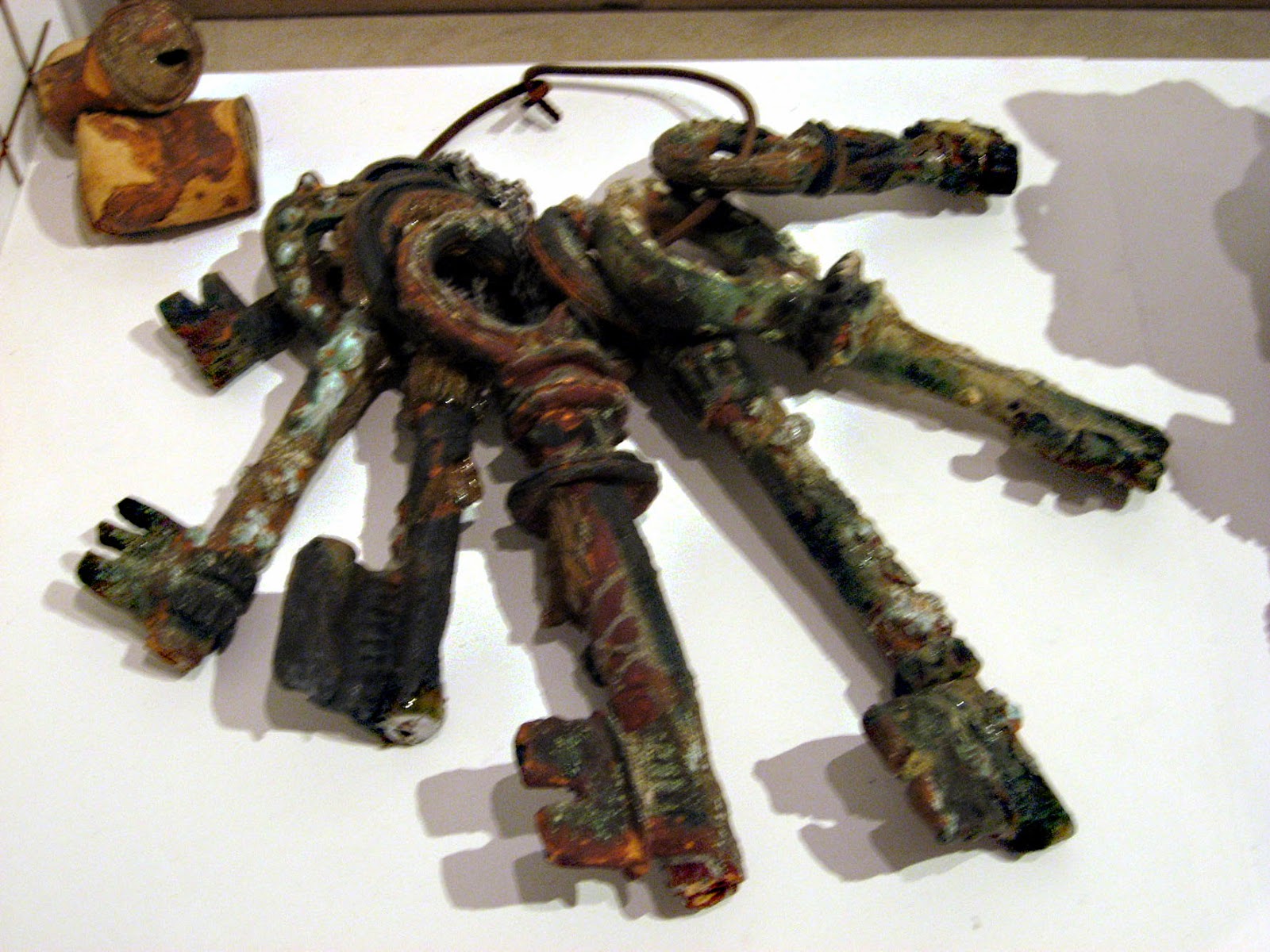 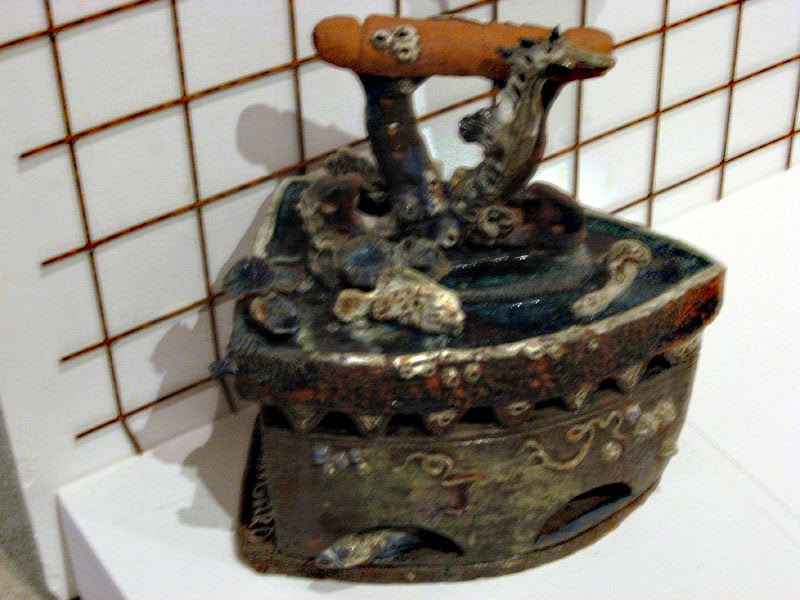 I was particularly taken with a set of heads which seemed to be the underwater equivalent of the Green Man : 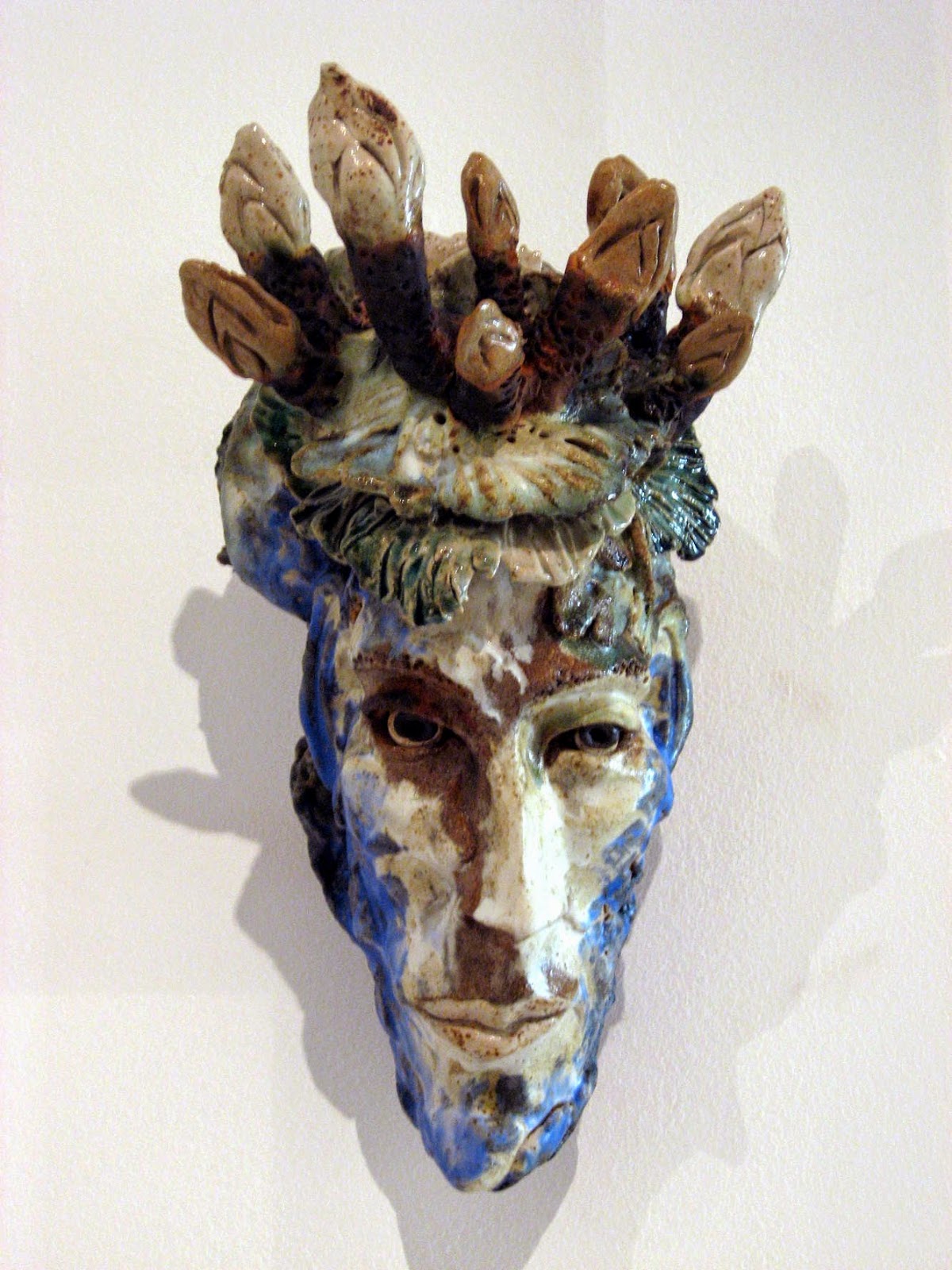 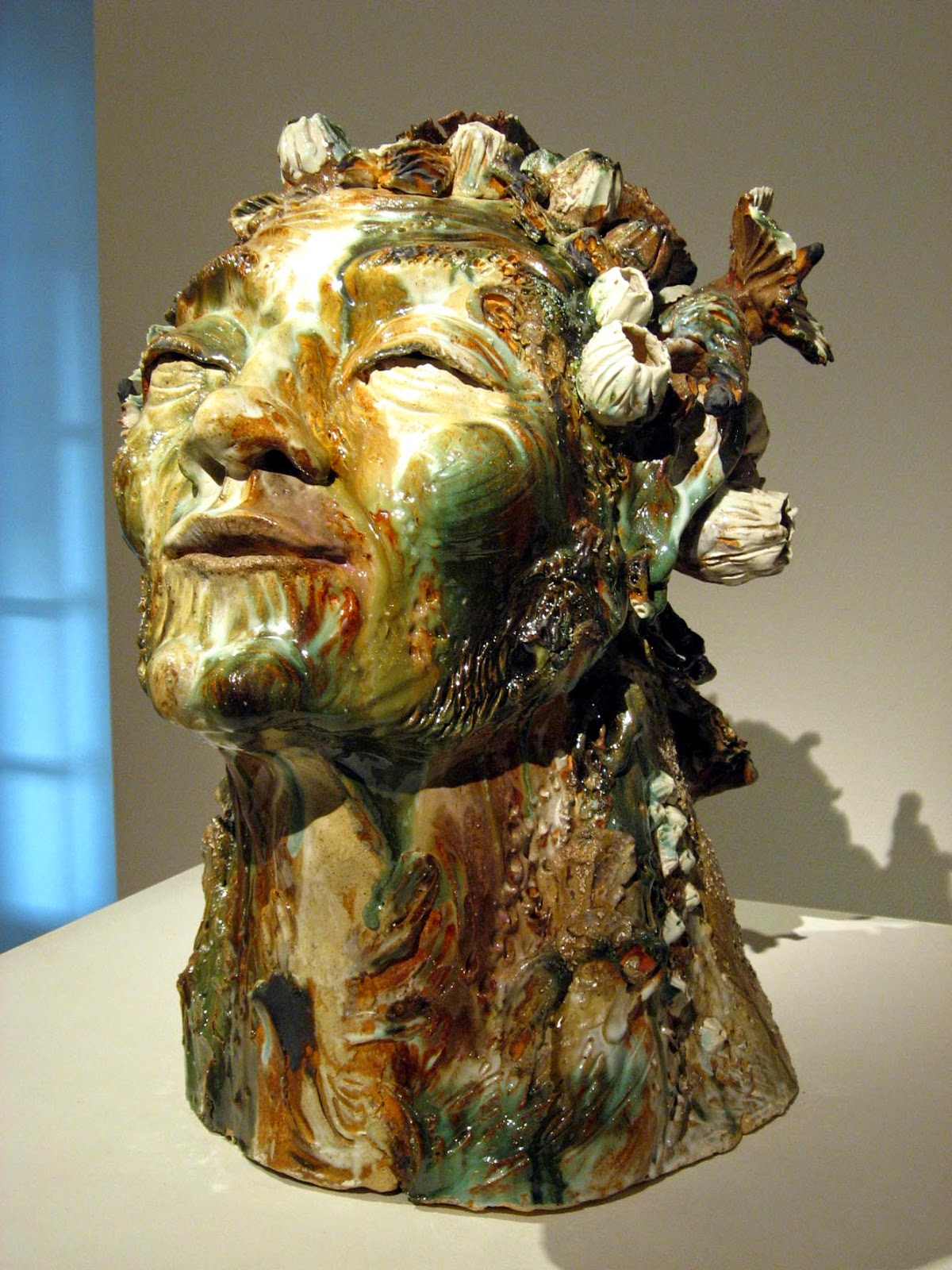 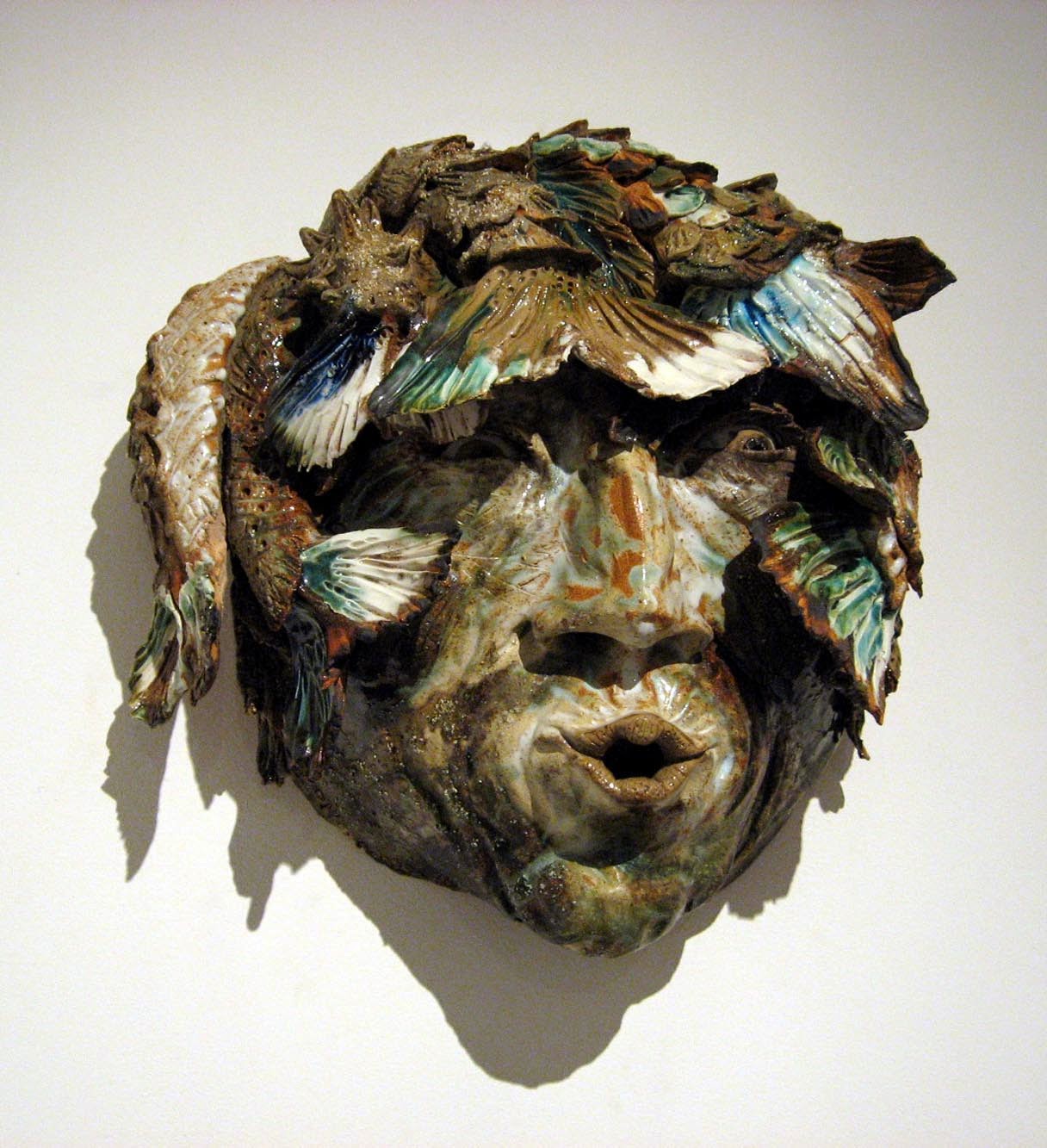 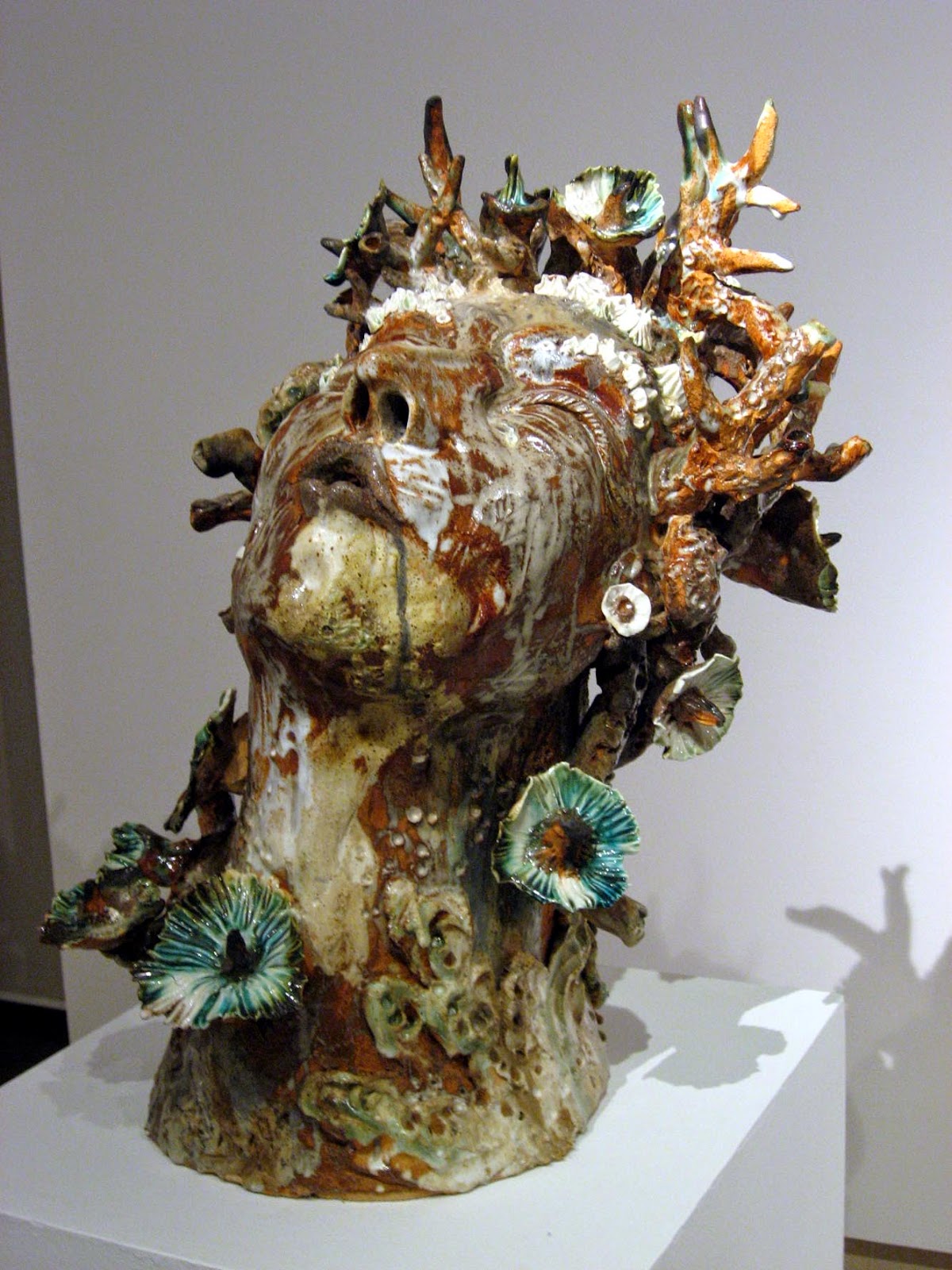 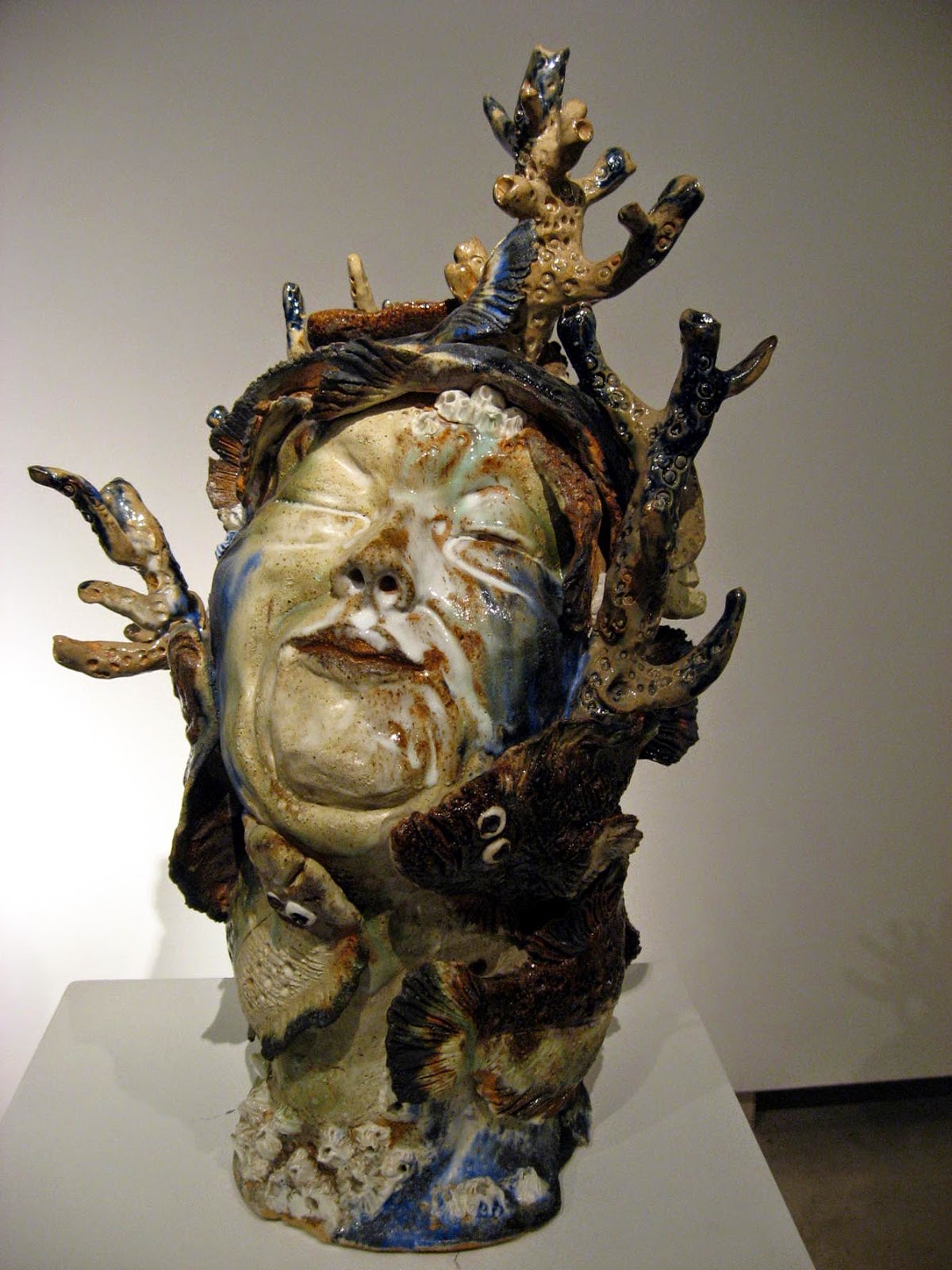 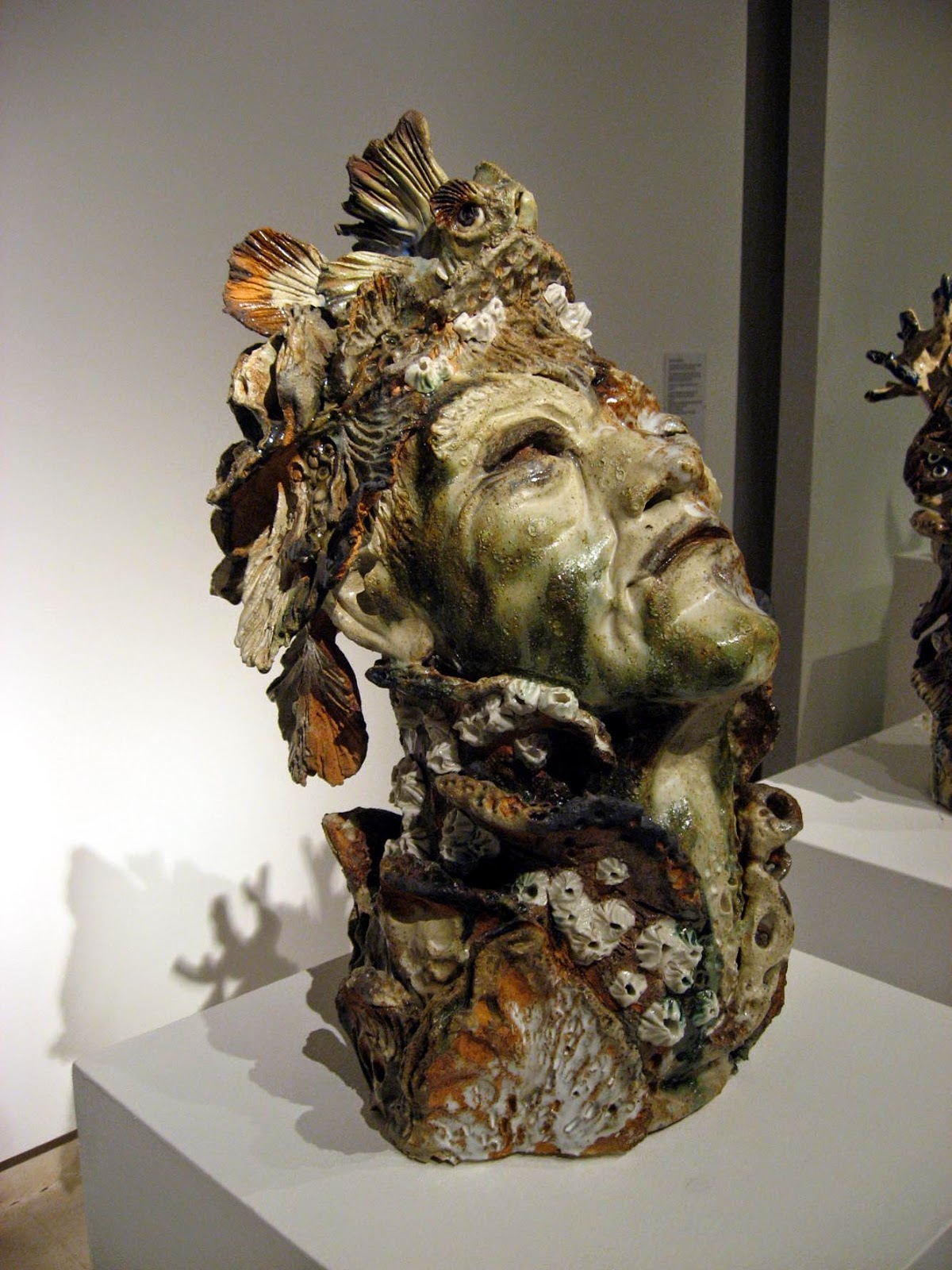 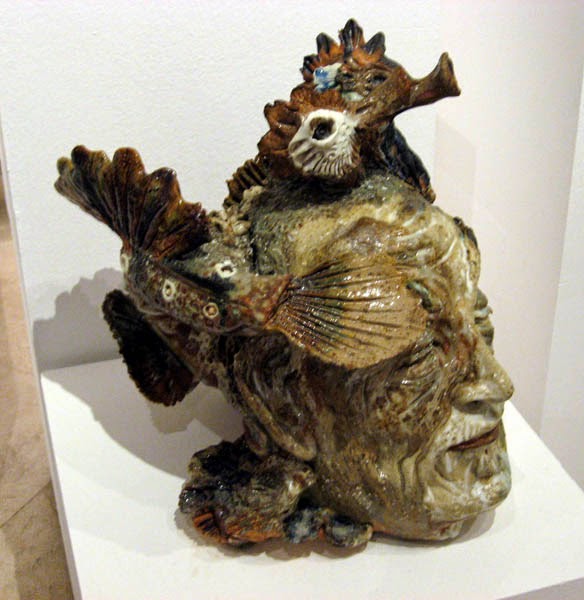 No, look, I promise I'm going to get back to regular posting here on Boogie Street.

Lisbon is noted for its ceramic tiles.Whole houses are covered in them. 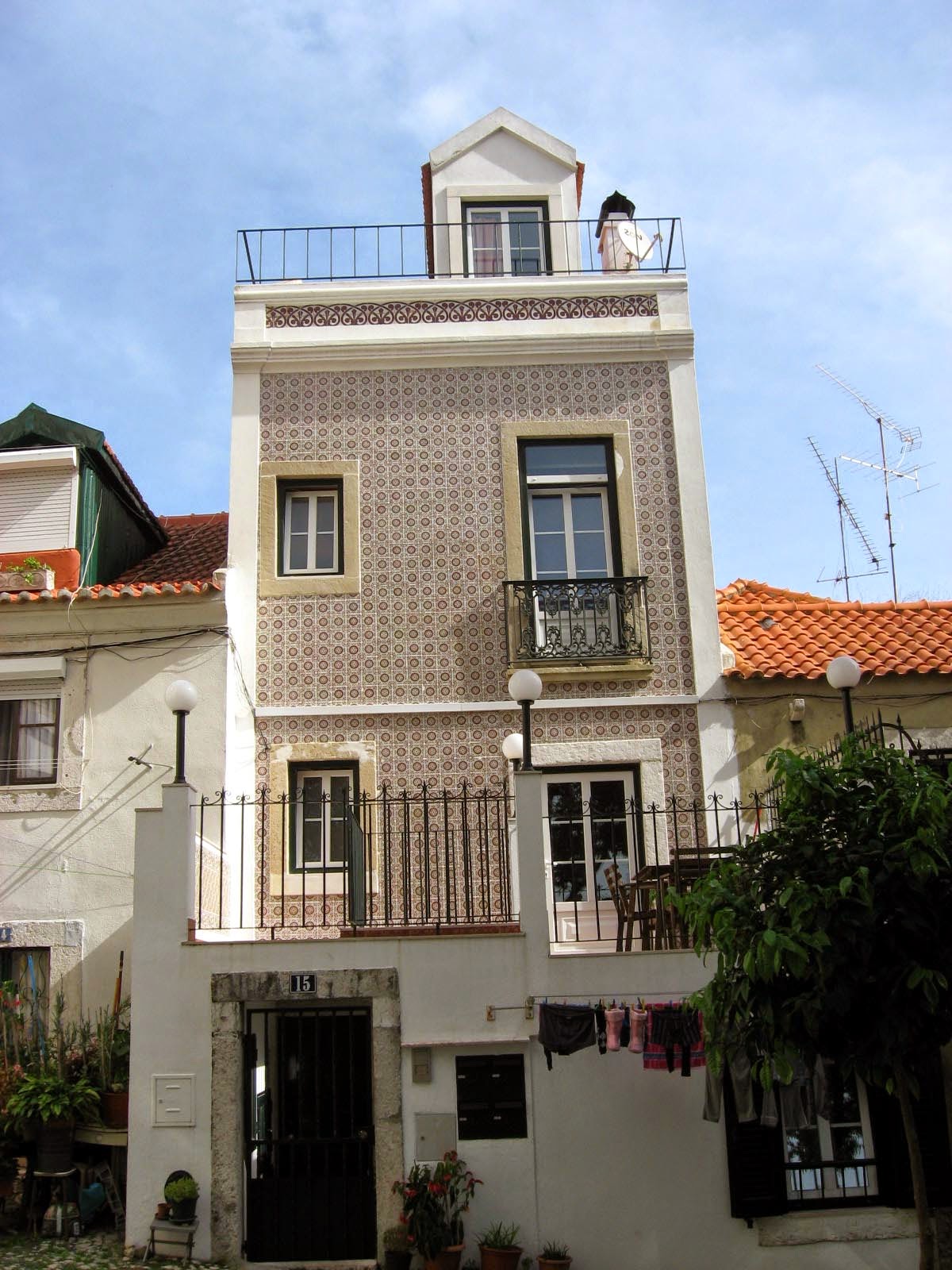 Here are a few I photographed both in the streets and in the Tile Museum. 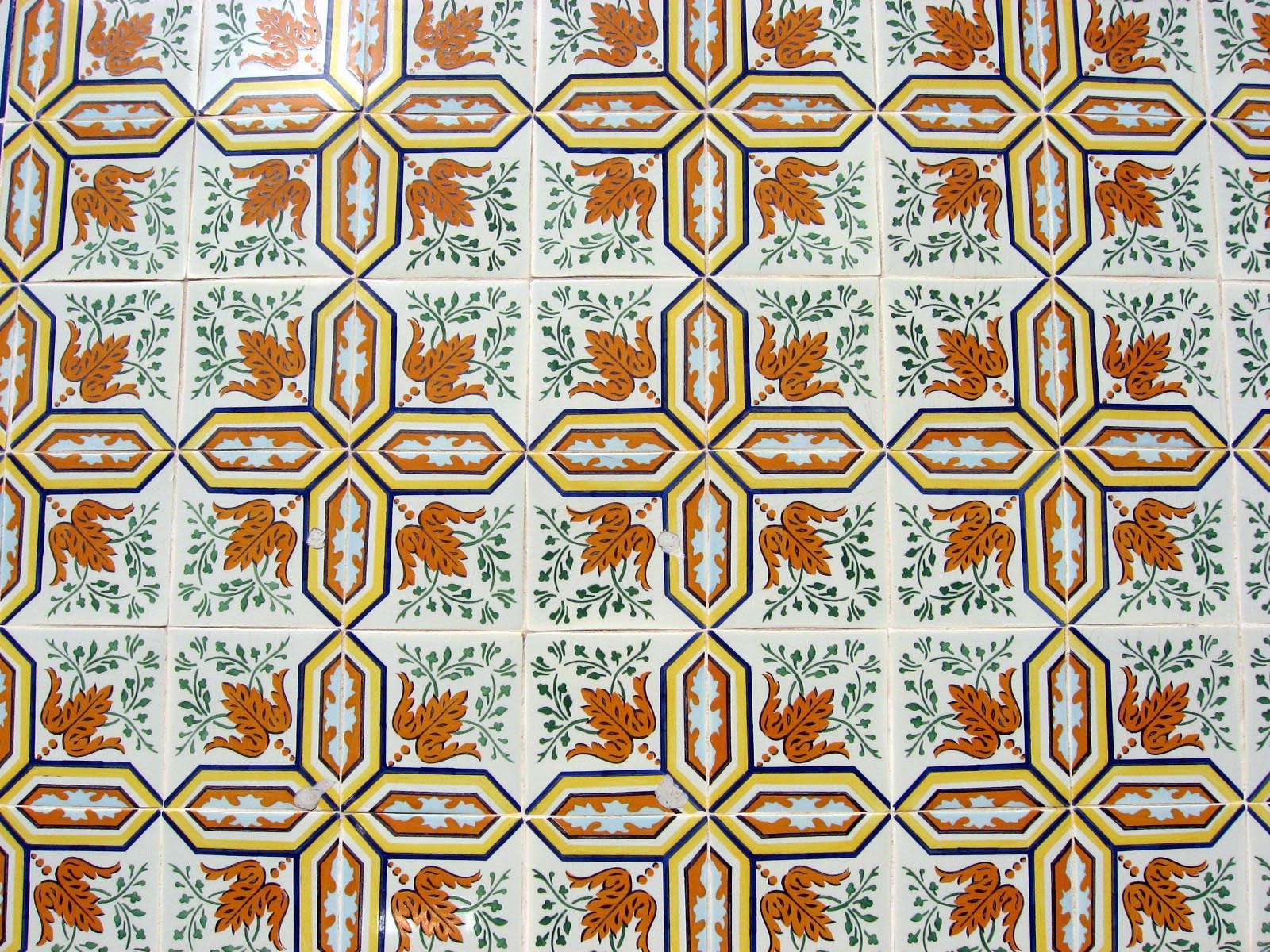 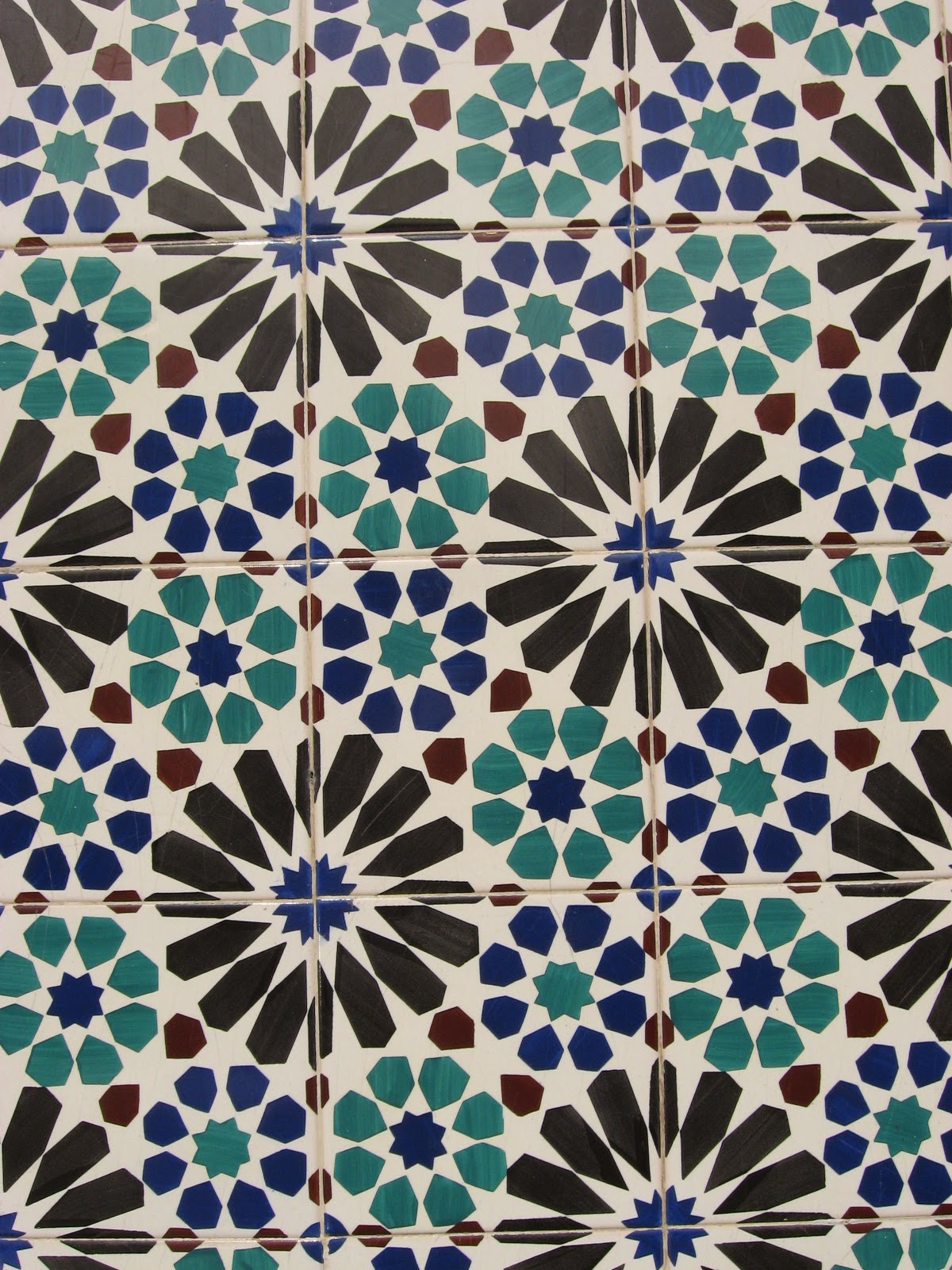 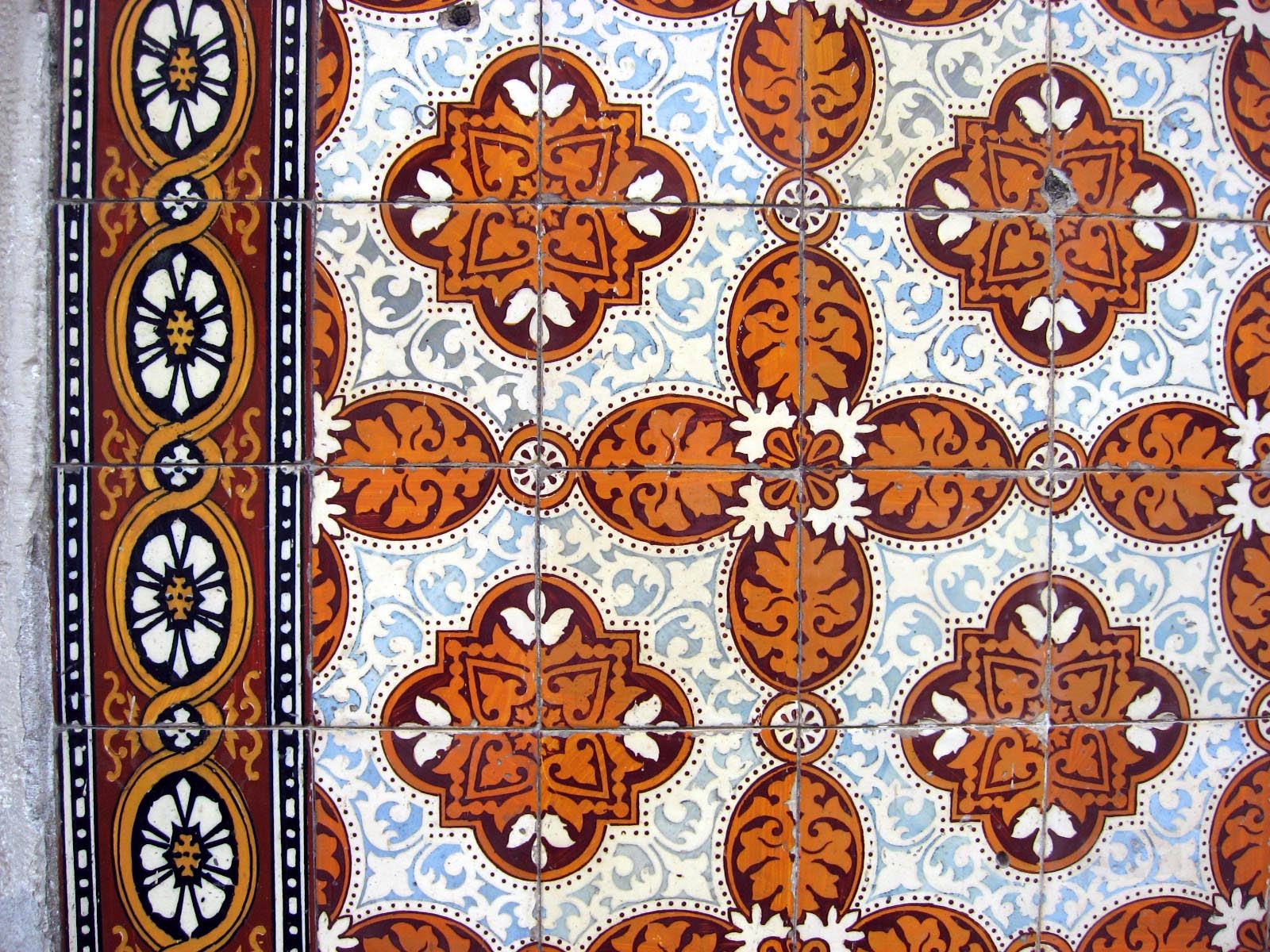 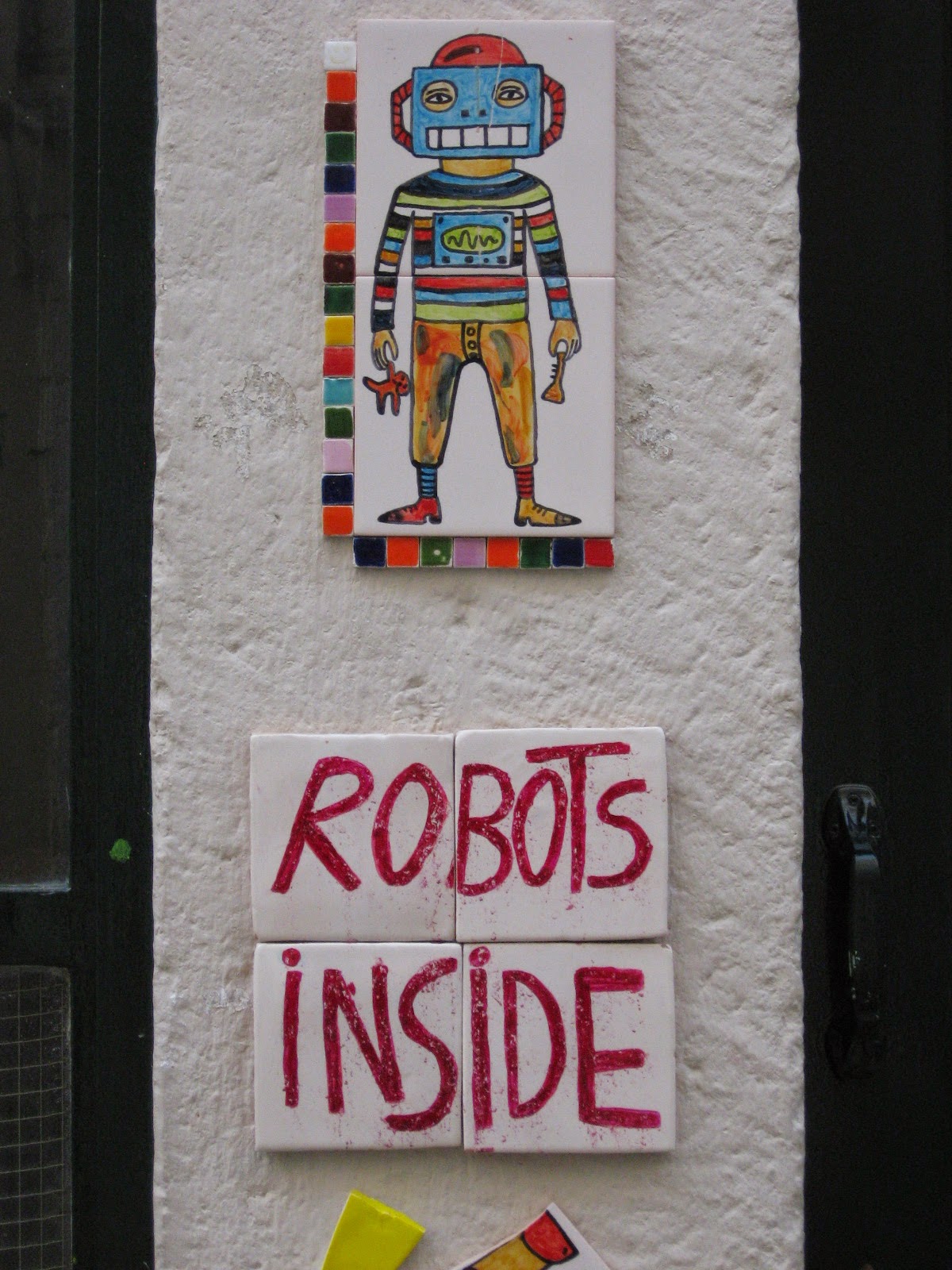 and some were just weird: 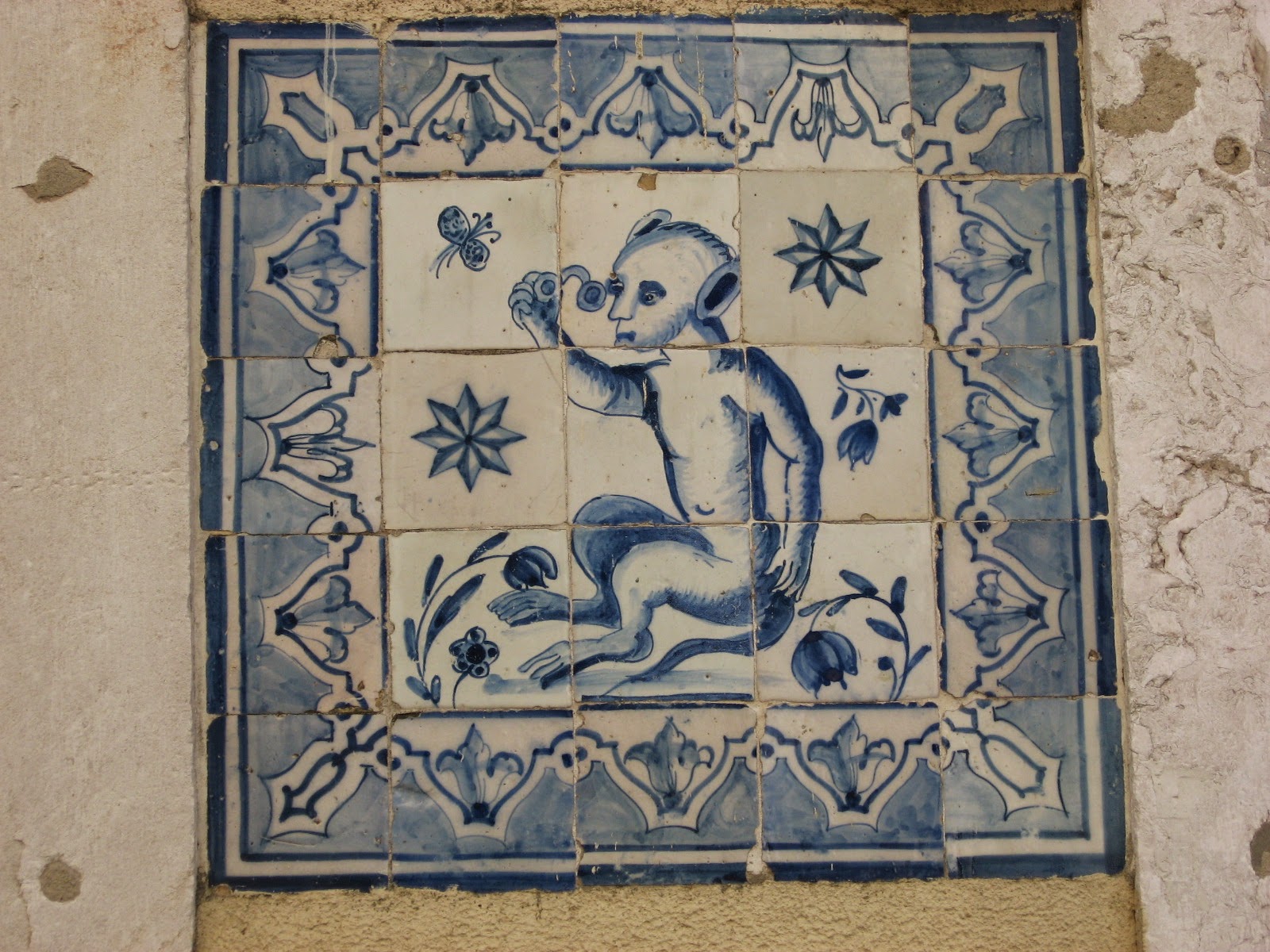 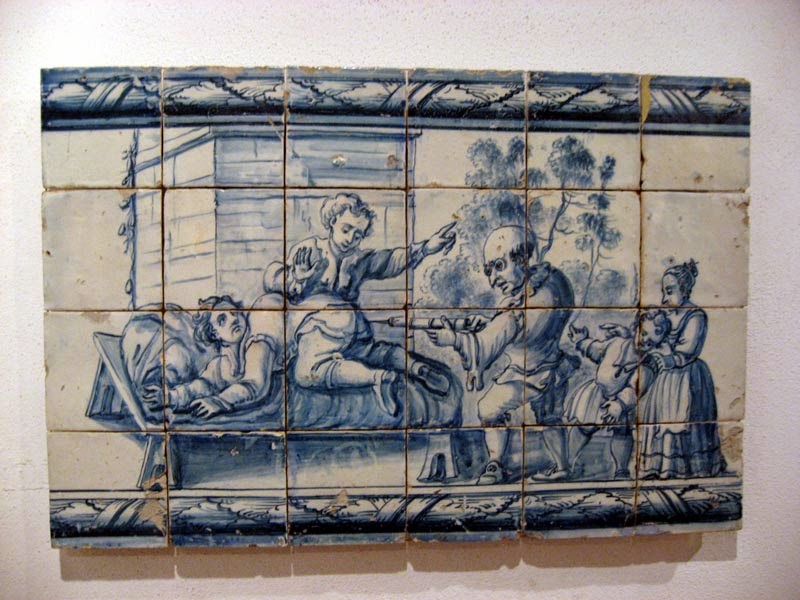 And while the pavements weren't tiled they were certainly eye-catching: 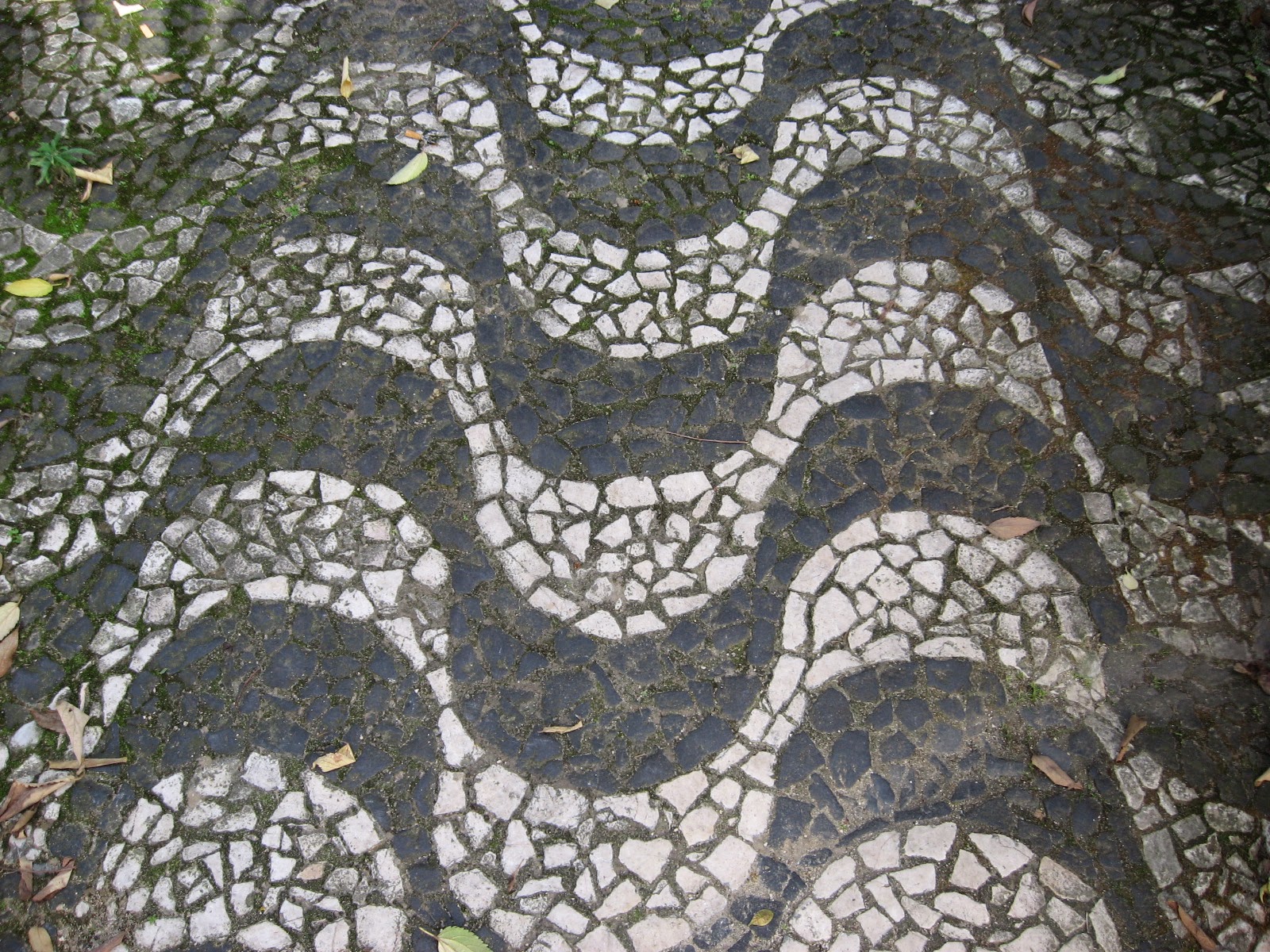